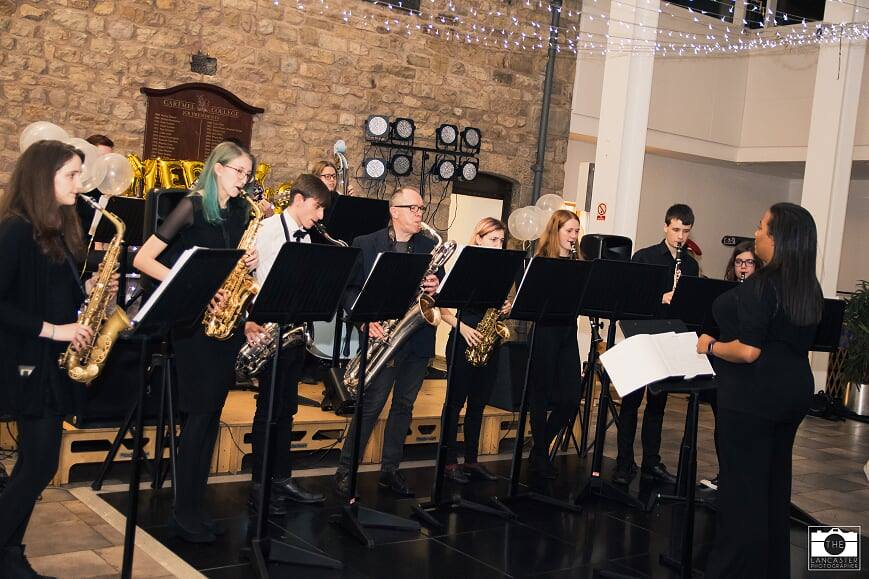 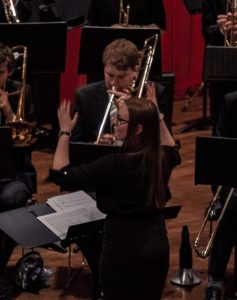 Hi, I’m Emily, and I’m going into my second year at Lancaster, studying maths. When I showed up to my first Big Band rehearsal, I didn’t expect to be given the opportunity to conduct, but I enjoyed it so much that I decided to carry on for the whole of last year, and had to go for conductor again this year too! Although the flute was my first instrument, and I started out as only playing in a Wind Band at home, I have a passion for big band music; it was listening to and watching my local Big Band perform that inspired me to learn the saxophone so that I could join in. I love all kinds of swing, jazz and big band music, and aim to bring a wide range of pieces out this year. In the past, the ULMS Big Band has played at a number of gigs both on campus and in town, and hopefully this year we can do even more. Overall, I’m just really excited to have fun conducting and playing with the band, and to make sure that everybody enjoys Big Band as much as I do! I hope to see loads of you there for our first rehearsal! 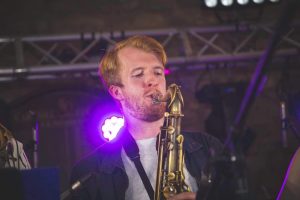 Hi, I’m Andy and I’ll be going into my fifth year at Lancaster studying for a Master’s degree in Criminology and Criminal Justice. I’ve been playing tenor saxophone in the Big Band since my first year at Lancaster and I play cornet in the Brass Band. I also play in the small group Inglourious Brassterds, a 10-piece brass function band which plays covers of well-known songs and party hits. ULMS has been a big part of my university life and I’m very much looking forward to being one of the Big Band conductors this year. As all of the other major ensembles in ULMS, the Big Band is a very friendly band and we always welcome new members. The band plays a wide variety of music, ranging from Big Band classics such as Glenn Miller and Buddy Rich to more modern pieces including music by Gordon Goodwin’s Big Phat Band and even Michael Bublé. I look forward to seeing you all very soon at our first rehearsal! 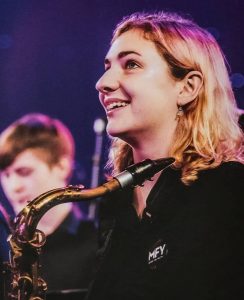 Hi, I’m Hannah and I play woodwind in four of the major ensembles and in a smattering of small groups. Although I have lots of experience playing in jazz ensembles this is my first time conducting, and I’m really excited to see where Louise and I take Swing Group this year. I’ve played Clarinet, Tenor sax and Bari sax for swing in the past two years so I have a fairly good idea of what it’s like to be on the recieving end! Swing group is subtly different from ULMS’ other jazz ensemble, although some of the repertoire is similar. As the name suggests, we focus more on Swing music and also have a slightly different setup of instruments. I’m looking forward to trying out new material, working with vocalists, and our regular gig with the swing dance society! 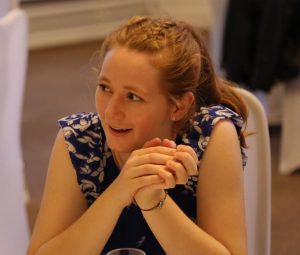 Hi, as well as conducting the Swing group this year I am also one of the two social secretaries. I am very much looking forward to working with Katie and Hannah in the running of swing band next year. Whilst my conducting experience is limited to helping my youth band out earlier this summer and stepping in to conduct an informal concert for them, I am hoping to build on this and figure out how to conduct. When I’m not busy organising socials, playing or conducting I am also part of the Handball team and occasionally find time to work towards my degree.