In the aftermath of Whit Friday yesterday I thought today would be an appropriate time to write up the band focus post on the ULMS Brass Band for Proms!

The band in action in rehearsal 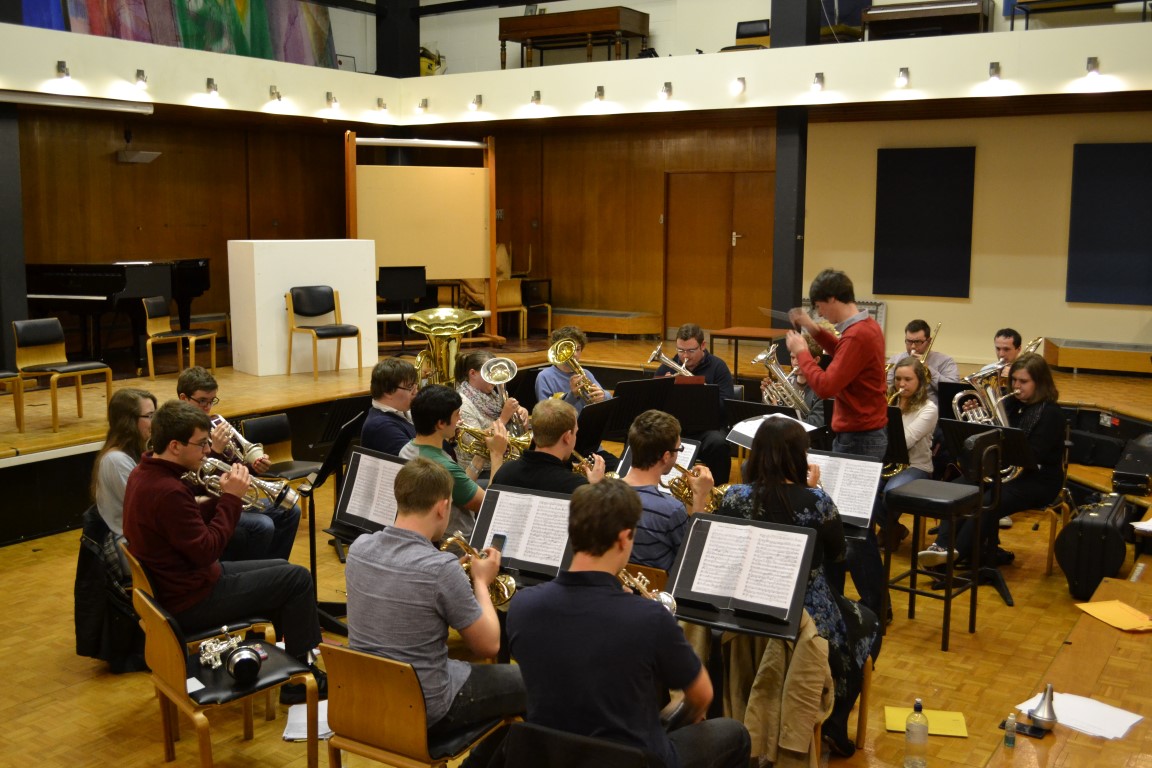 ULMS Brass Band is a rather unique band. It’s made up of entirely brass instruments (plus percussion), including cornets, horns, baritones, trombones, euphoniums and basses (or tubas as I had known them for my entire life up to this year).

The cornet section from the back (and a flugelhorn too) 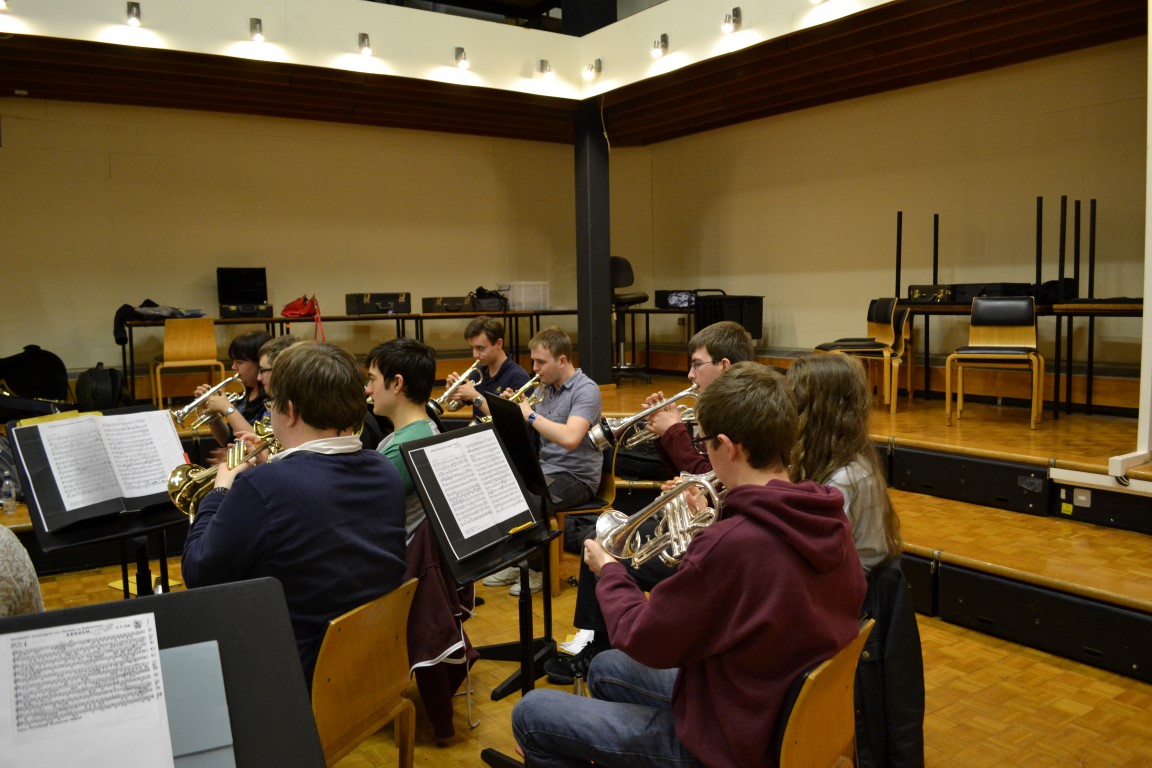 Taking a closer look at the basses and horns 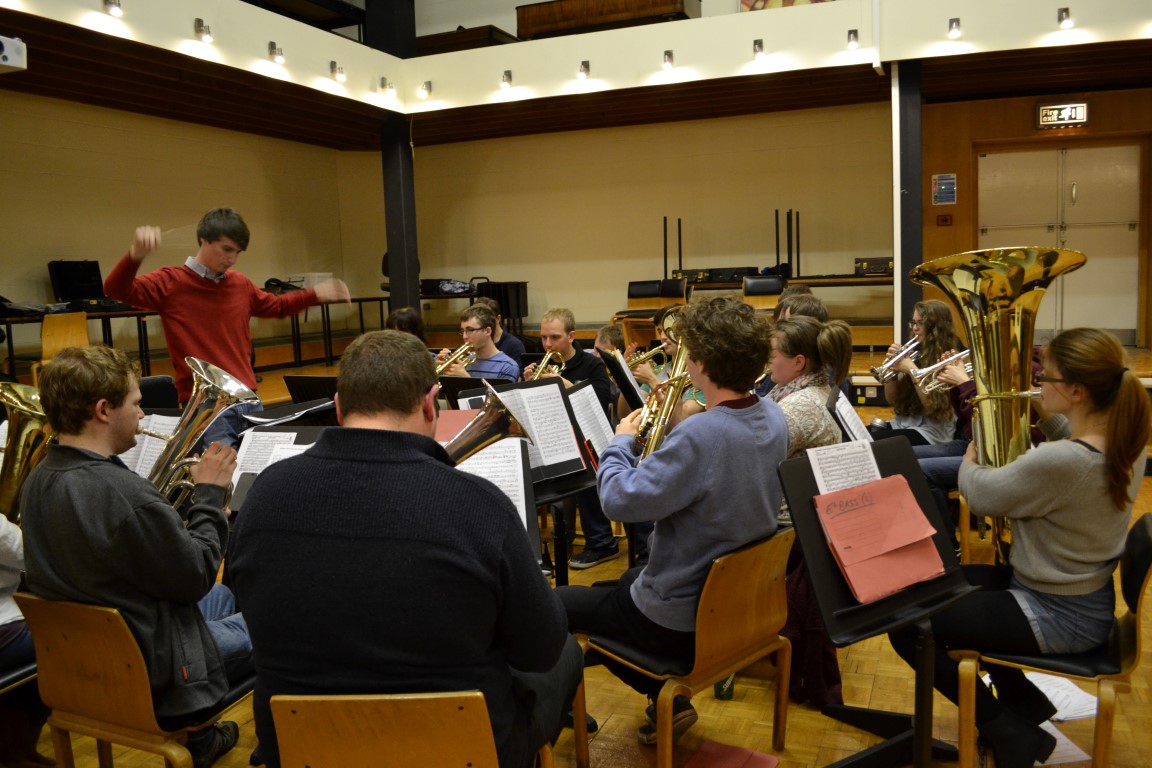 This year there’s been a huge focus on not only providing top quality playing but on giving a performance which entertains and engages people. From ‘The Good, The Bad and The Ugly’ at UniBrass (which incidentally contributed to 4th place and a Most Improved award) to dressing up as zombies and playing Thriller at Whit Friday* (which won the band the prize of Most Entertaining at Friezland) this band has been proving all year long that playing music is above all, fun. 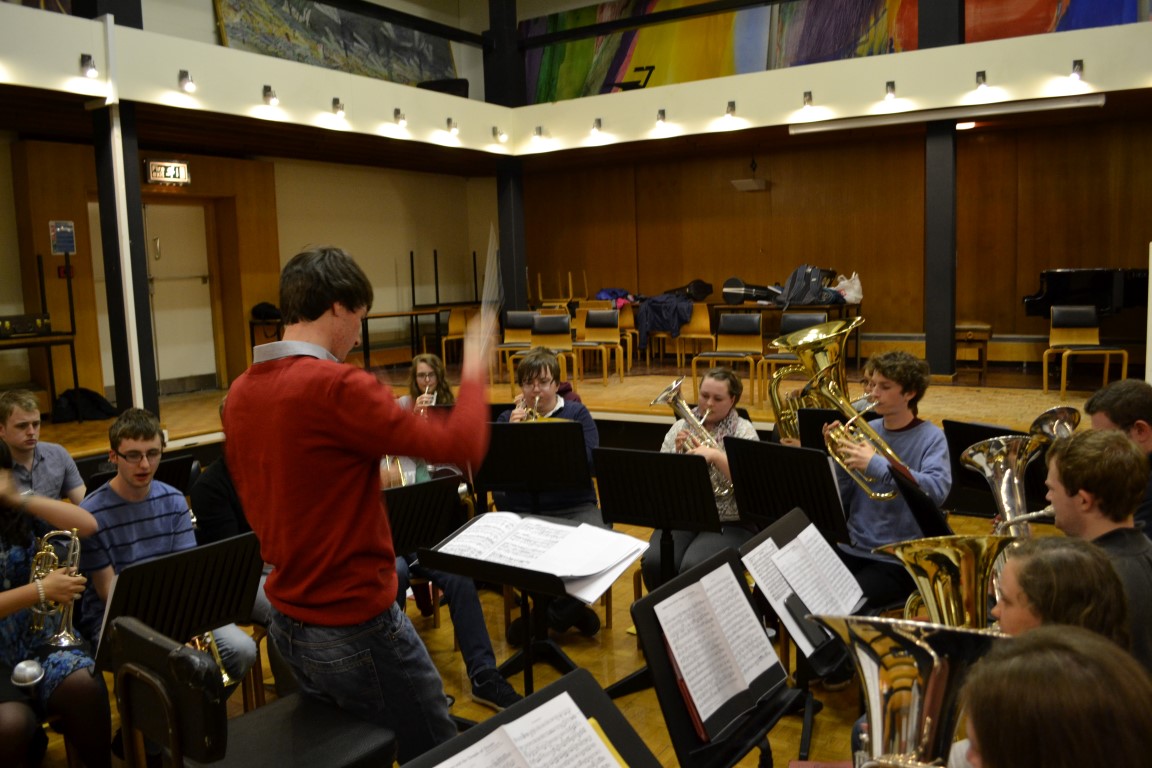 The horn section working hard to hold up the middle order 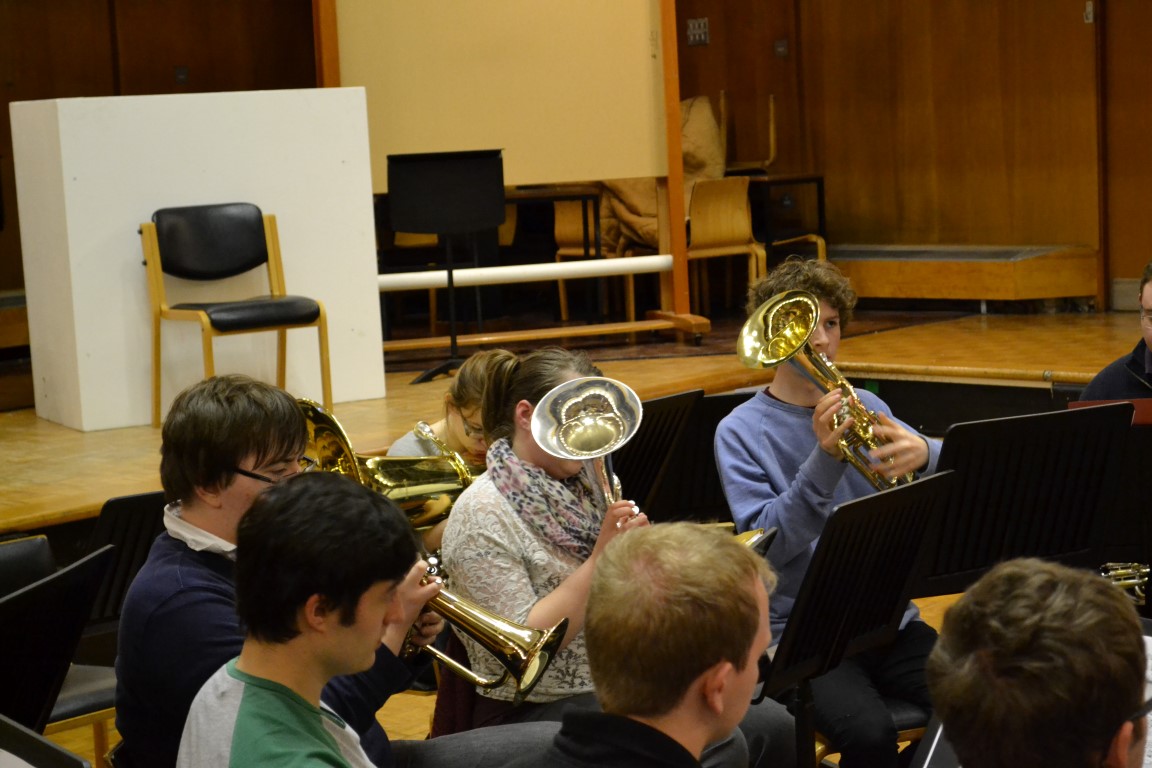 There’s a lot been said throughout the years of a ‘Brass Band Culture’ pervading in the Brass Band world, but in my opinion I have never been part of a more welcoming and friendly band. What’s more, we welcome anyone to join in the fun, if not by playing in the band then by joining us after rehearsal in County Bar! 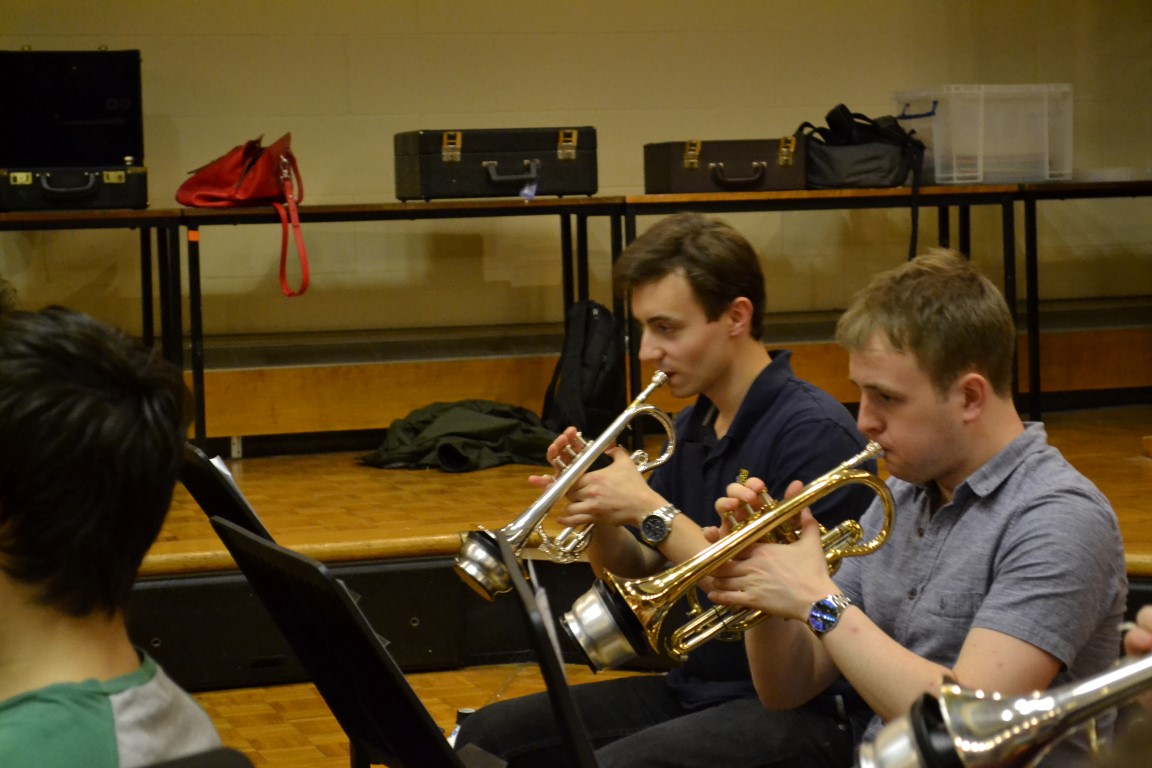 Most of the lower brass section, standing (in a metaphorical sense) against the army of cornets 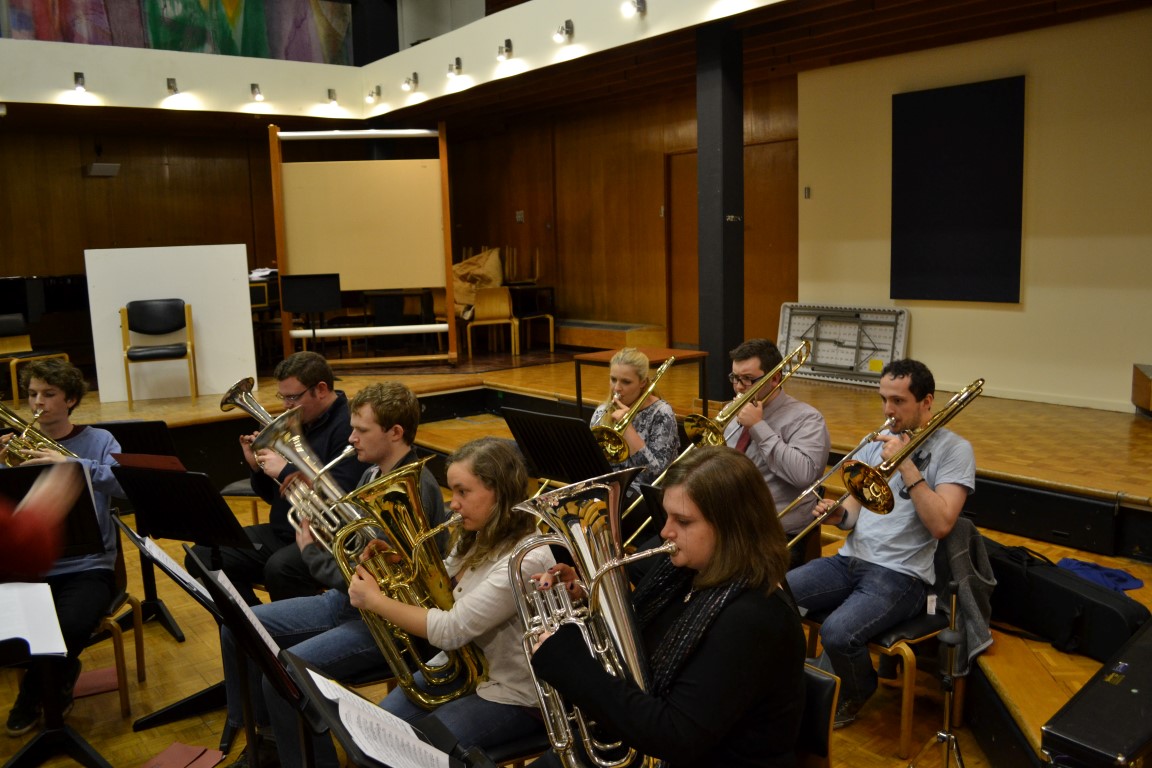 Based on the performances so far this year, the ULMS Brass Band are sure to provide a high quality, interesting and entertaining set at Proms, performing Prismatic Light, When the Saints and the Bare Necessities. 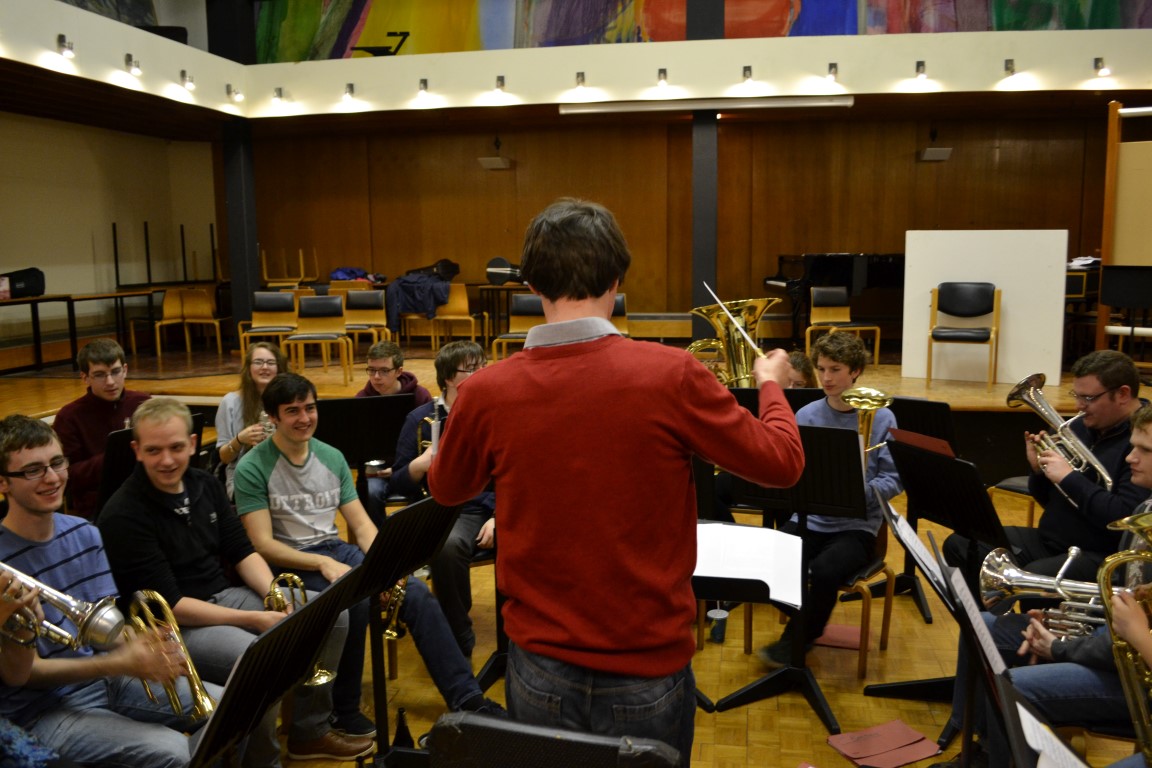 You don’t want to miss out on what is sure to be a fantastic performance from ULMS Brass Band, alongside the other ensembles and small groups performing which are sure to be just as good! 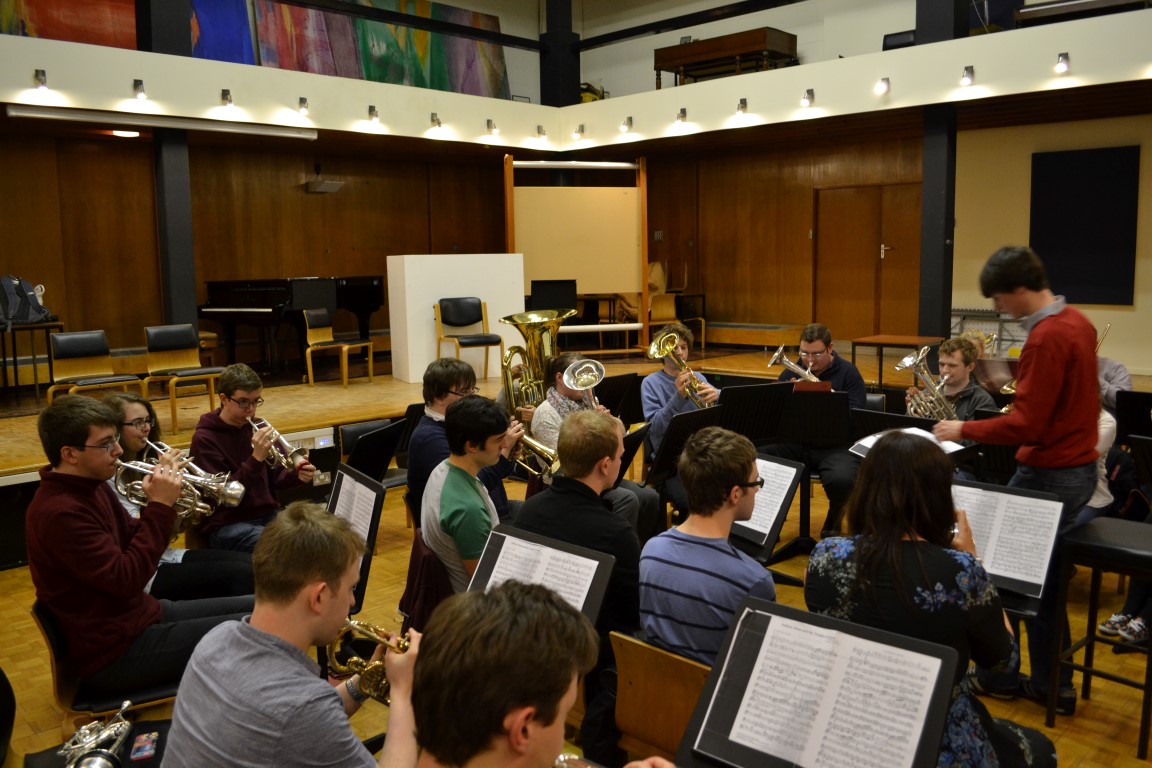 Join the Facebook event for ULMS Proms to be kept up to date will all Proms related developments!

Tickets can be ordered NOW by emailing our Treasurer, Joseph Brownless, at ulms.treasurer@lancaster.ac.uk with the quantity and type of ticket you want! Alternatively we will be selling tickets on campus from this Tuesday (2nd June) onwards!